If you'd like to contribute to equipment costs, and/or the artists time for creating this mural - leave us a tip below!

Rick Scott and FDOT's plan for Tampa Bay Express has the building of Cafe Hey / Oceanic on the map for demolition to expand the interstate. The expansion is for unneeded premium express lanes nicknamed "Lexus Lanes." These are variable rate lanes, which force drivers into paying for a flow of traffic. The plan has beneficiaries in private organizations that Rick Scott has appointed, but our county doesn't benefit as a whole. If you haven't heard about this project, it's because it has been snuck under our noses by appointed members of FDOT without a vote. If this project was voted on, it wouldn't be approved, so the only way to have your say is to contact officials and give them hell for this ludicracy.

In an effort to preserve our neighborhood, Tampa's history, and this mural, we ask you to familiarize yourself with the plan, and reach out to local and state legislature, the Tampa Chamber of Commerce, and FDOT.

Tampa should invest in transit to connect people, provide options for those who don't want to be forced behind the wheel of a car, and bring people together. Isolating a few people in their own cars in lanes that cost a premium price is a wasteful, backwards plan that should be taken off of the table. We need a transportation plan that is great for all citizens, not a forced system built on greed.

The mural was created by Michelle Sawyer and Tony Krol. 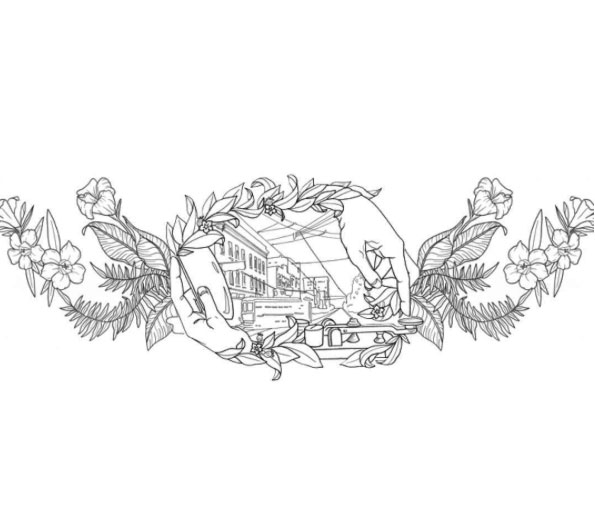 At it's zenith, Tampa Heights attracted entrepreneurs because of it's location within the city. Before the interstate and express ways segmented the city, Tampa's street car line united communities. From Tampa Heights, residents could reach Downtown, West Tampa, Sulfur Springs and Ybor.

As a whole, this image serves as an homage to the entrepreneurial spirit that created Tampa Heights and sparked growth in the city. That same spirit has seen a rebirth and will serve to bring Tampa Heights back to it's former glory. This mural is not only about the work of entrepreneurs in building industry, but also the workers that kept the those industries going. It's about what made Tampa, community and interconnectedness.